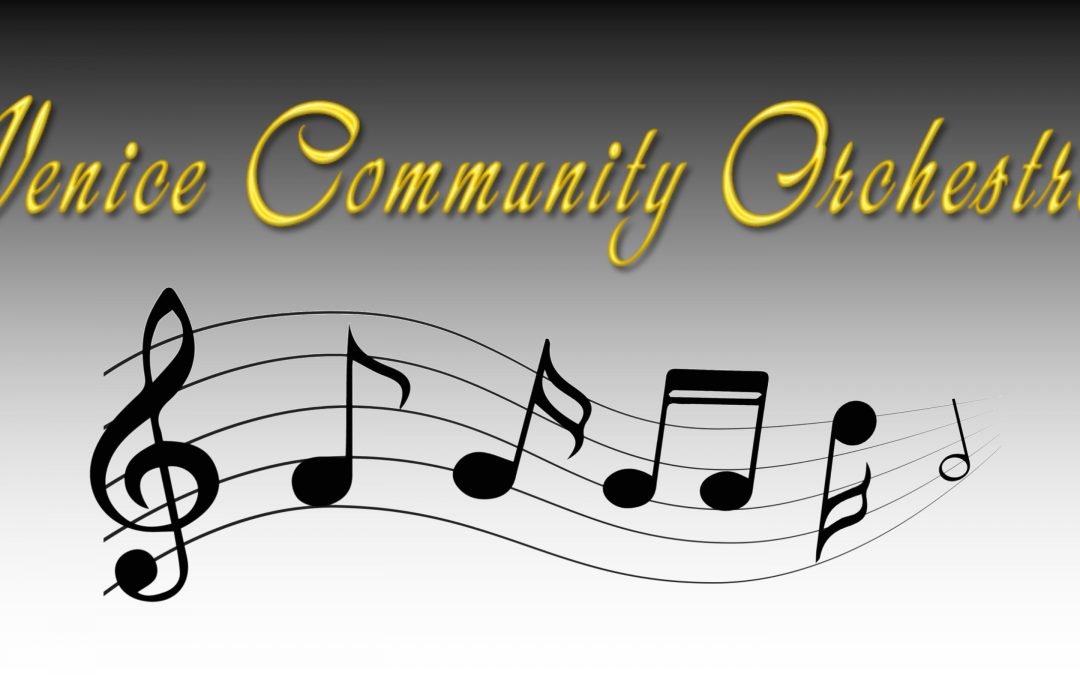 Venice MainStreet thanks the Venice Community Orchestra (VCO) for joining as a Nonprofit Partner! VCO is a multigenerational orchestra whose mission is to promote musical participation, education, and enjoyment in the Venice area community through its weekly rehearsals and periodic performances. The VCO was started in 2011 by John Mabardi, an amateur cellist who formed a group of string players who wanted to get together to make music in a friendly environment. The group now includes a small number of professional musicians, who also enjoy playing just for the fun of it.

The orchestra is open to anyone who can read music and enjoys playing classical, symphonic and traditional repertoire. There are no auditions; all levels are welcome to join. The repertoire includes the full range of classical music, from the Renaissance to the 21st century, and an equal portion of popular music, from the Beatles to highlights from the great Broadway musicals. For the last four years, VCO has focused on presenting a public concert each April, with proceeds from freewill offerings going to local charities. In the fall, it performs several holiday concerts for community dinners at the Salvation Army and local churches.