The Historic Venice Train Depot: A Legacy by Maria Baskin 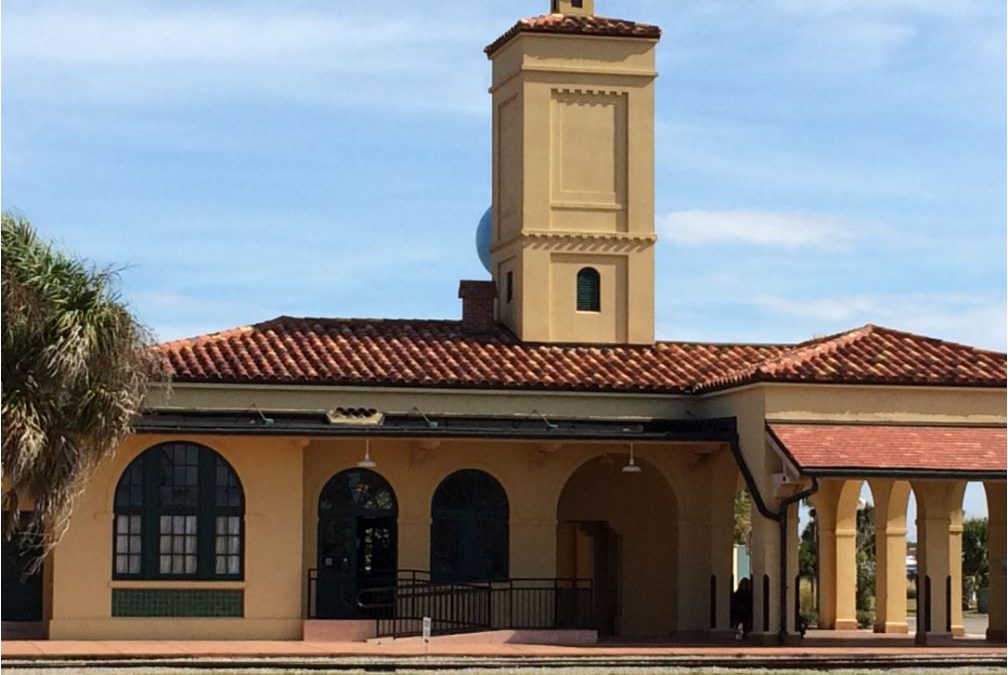 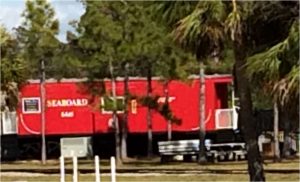 Every Christmas after our house is all decorated, I place the family’s wooden train set under the tree. I purchased the set for my now thirty-six-year old son, Jonathan, when he was little. I have continued the tradition of placing it under the tree because even though he is grown, the childhood memories linger.

Venice has its own history with trains going back to when our city was first established. You will find the 1927 Historic Venice Train Depot, the only surviving passenger station in Sarasota County, has had and still has some interesting stories to tell. Listed on the National Register of Historic Places in 1989, the Train Depot is located north of the Venice Avenue bridge in the Rollins W. Coakley Railroad Park. The sun-tanned yellow Depot building is connected to an arched covered passenger waiting area complete with wood benches. Sitting underneath the arches felt as though I was entering a Renaissance abbey. I recently learned from the Chair of the Depot Committee of the Venice Area Historical Society (VAHS), George Miller, that the architecture is Mediterranean Revival. It is a perfect place to relax or go on a tour and find out some fun facts about who was instrumental in bringing the Depot to Venice and how it has evolved over decades. 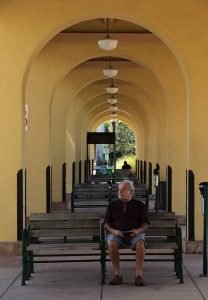 In 2003, a group of trained docents from the VAHS began giving tours of the Depot building and the campus. Here are some of the questions about the Depot you may or may not know the answers to:
•    The Depot was not always at its current location. Who built the first Depot and where was it located?
•    In the late twenties Venice became a ghost town. Do you know why?
•    The Depot was built with two waiting rooms. Do you know why?
•    What do the Kentucky Military Institute, the U.S. Army and the Ringling Bros. and Barnum & Bailey Circus have in common?
•    Who was Gunther Gebel-Williams? (Think tigers.)
•    The Depot closed in 1975, and the building fell into disrepair. Who purchased it in 1999 and brought it back to life?
•    The original Depot cost $47,500. Can you guess how much the renovation cost?

Plans to preserve the Depot’s circus train heritage are under way. A retired circus rail car has already been purchased from the Florida Railroad Museum. Once renovations are finished, the car will be divided into different sections which will display the lifestyles of circus performers. Exhibits in a central display area will showcase key aspects of Venice’s circus history. This rail car will only enhance the synergy among the Depot campus, Legacy Park, Legacy Trail and the Venetian Waterway.

Take advantage of this treasure in our city with a tour tailored to your interest from as little as 15 minutes to as much as 45 minutes.