Venice is a Haven for Outdoor Enthusiasts
From sea to shore, the opportunities to explore and appreciate the great outdoors are endless. Charter a boat to catch a big one or drop a line off of Venice’s 700-foot long fishing pier or at the South Jetty, which extends several hundred yards into the Gulf of Mexico. Enjoy the water while kayaking, paddle boarding, jet skiing, or parasailing.

On shore, grab a bike and explore one of the many bike trails on and off the island. Be sure to check out the myriad of parks and walking trails. Park, bicycle trail, and walking tour maps can be picked up at Venice MainStreet, at the information kiosk in Centennial Park or click HERE. For the avid golfer or those just seeking to improve their game, Venice has plenty of golf courses to suit your needs. Downtown Venice is also well-equipped with tennis, pickleball, basketball, and shuffle board courts. Can’t get enough of the beach, partake in the morning or sunset yoga on the beach sessions. On Wednesday and Saturday evenings, join in the drum circle, a sunset celebration, at nearby Nokomis Beach, just north of Venice.

Looking for more adventure, go horseback riding at Deer Prairie Creek Preserve or watch a horse show jumping competition at the nationally recognized Fox Lea Farm. Try your hand at frisbee golf at the Disk Golf course at Wellfield Park. Next door, you can watch croquet tournaments held by the Sarasota County Croquet Club or, better yet, join in the fun on Sunday Fundays. Sports fans also can catch a spring training game at the new Atlanta Braves stadium at CoolToday Park, south of downtown Venice at Wellen Park in the West Villages.

The Beaches of Venice
Venice, along Florida’s white-sanded Gulf Coast, offers 14 miles of some of the most magnificent beaches in the state. From people-only beaches, to beaches that accommodate dogs, to beaches on which you can hunt for shark’s teeth, Venice has it all.

Venice Beach is a favorite beach spot, as it is a short-walk from downtown. Don’t miss its iconic Space Age style beach pavilion built in 1964. Reef divers are particularly attracted to this beach because of the reef lying only a quarter mile offshore.

Caspersen Beach, pristine and secluded, is the nature lovers’ paradise. The southern two-thirds of the beach has been left in its natural state, with fresh water and salt water marshes, mangroves, and tidal flats.

Brohard Beach, near the 700-foot long Venice Fishing Pier, provides easy access to the beach. Adjacent to this beach is Service Club Park, the perfect place to have a picnic or watch the sunset, with a boardwalk adorned with covered picnic areas. At South Brohard Beach, there is a Paw Park which boasts a fenced play yard for your furry friends that leads to a wide open 100-yard section of dog beach. There are even dog showers and drinking fountains for dogs.

The Parks of Venice
Venice is known for its 50+ parks, recreational spaces and pocket parks. From the Paw Park where your dogs can play in the Gulf of Mexico, to Centennial Park where free music plays often in the downtown gazebo, to Legacy Park where children’s imagination can run wild on the train-themed playground, there is something for everyone.

The City of Venice is recognized by The League of American Bicyclists as a Silver Bicycle Friendly Community. There are miles of trails to explore on your own or take a free community bike tour (6 mile ride) with the City of Venice. Tours are offered monthly on the 2nd Wednesday of the month at 10:00AM and leave from City Hall in downtown Venice, (941) 486-2626. For more Venice biking information click HERE. Bicycle rentals are available through Venice MainStreet Partners Florida Bike & Beach and Big Bam Bikes (electric bikes).

The Legacy Trail Overpass, spanning across US 41, connects the Legacy Trail and the Venetian Waterway Park Trail to downtown Venice. If you enjoy camping vacations, the Overpass allows campers in Oscar Scherer State Park in nearby Osprey to have bicycle access to Venice and its beaches. 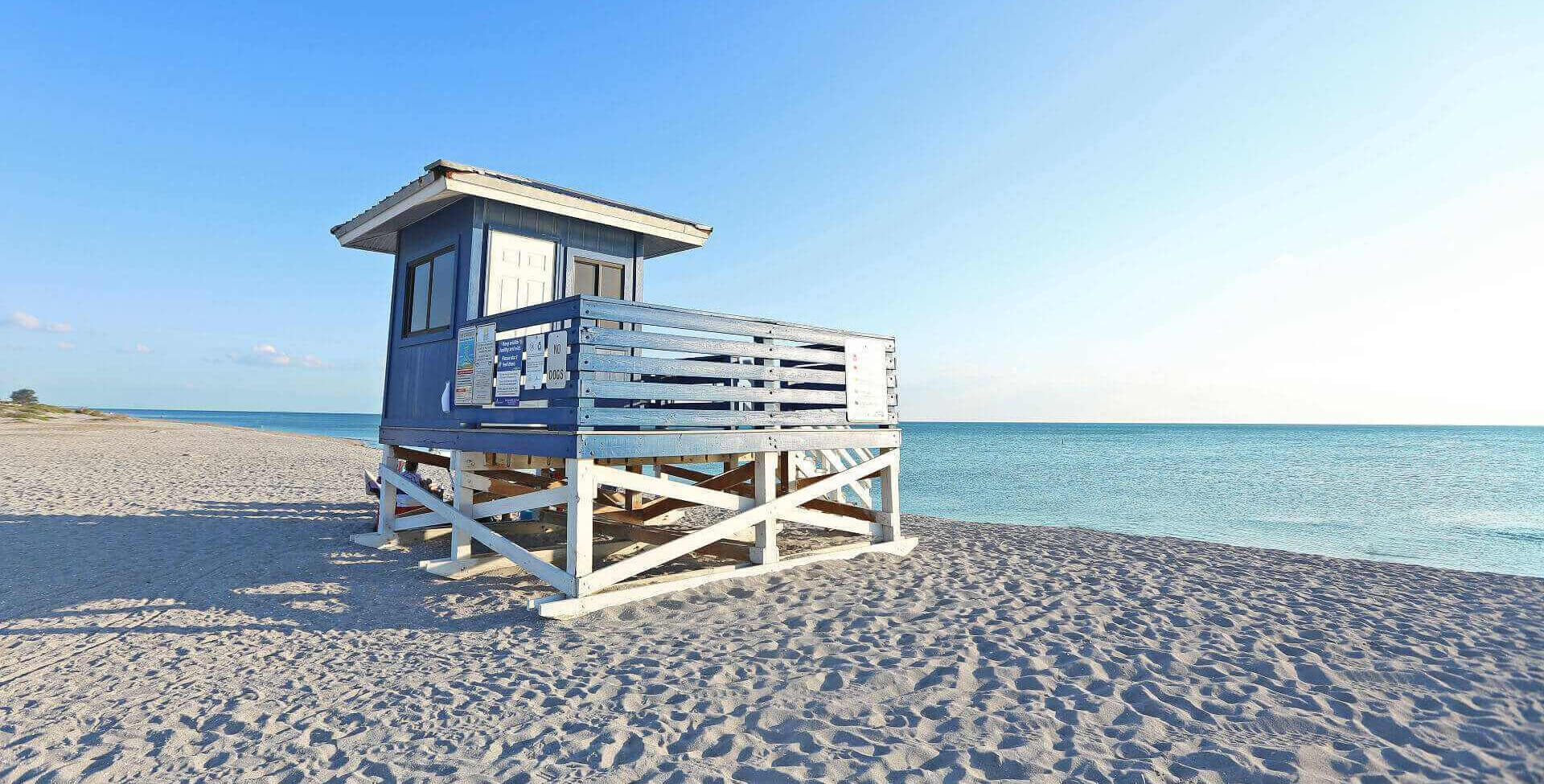 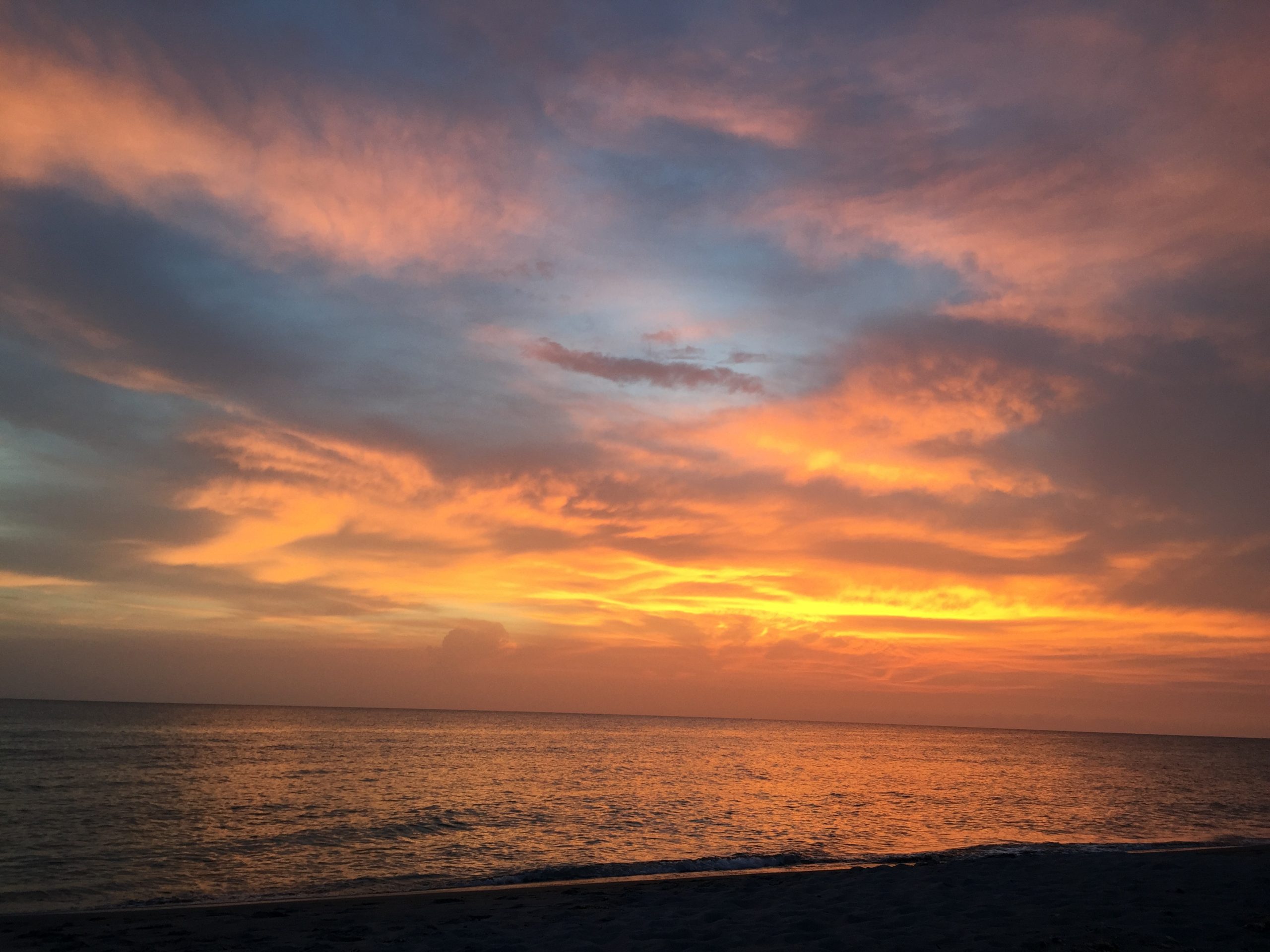 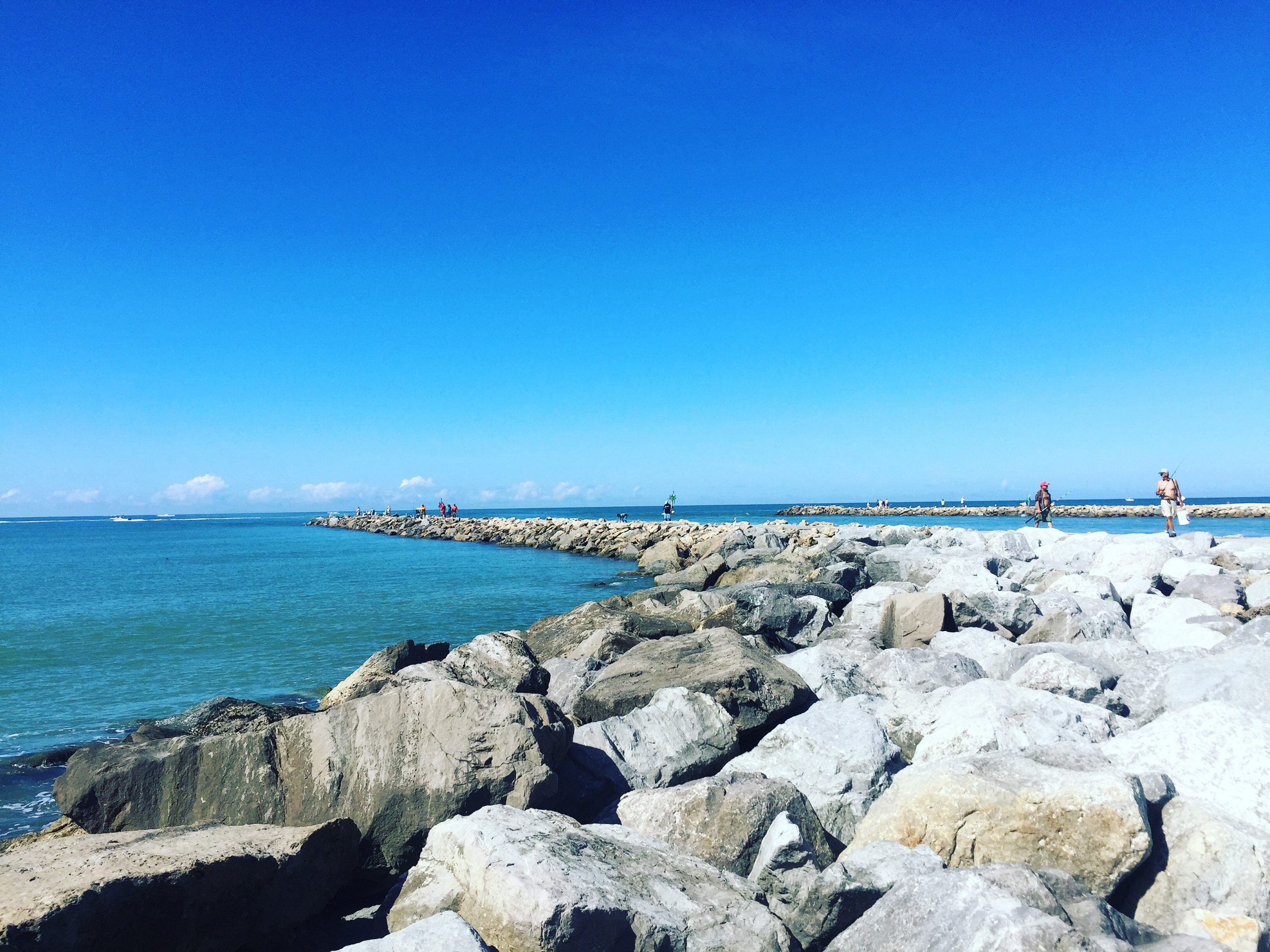 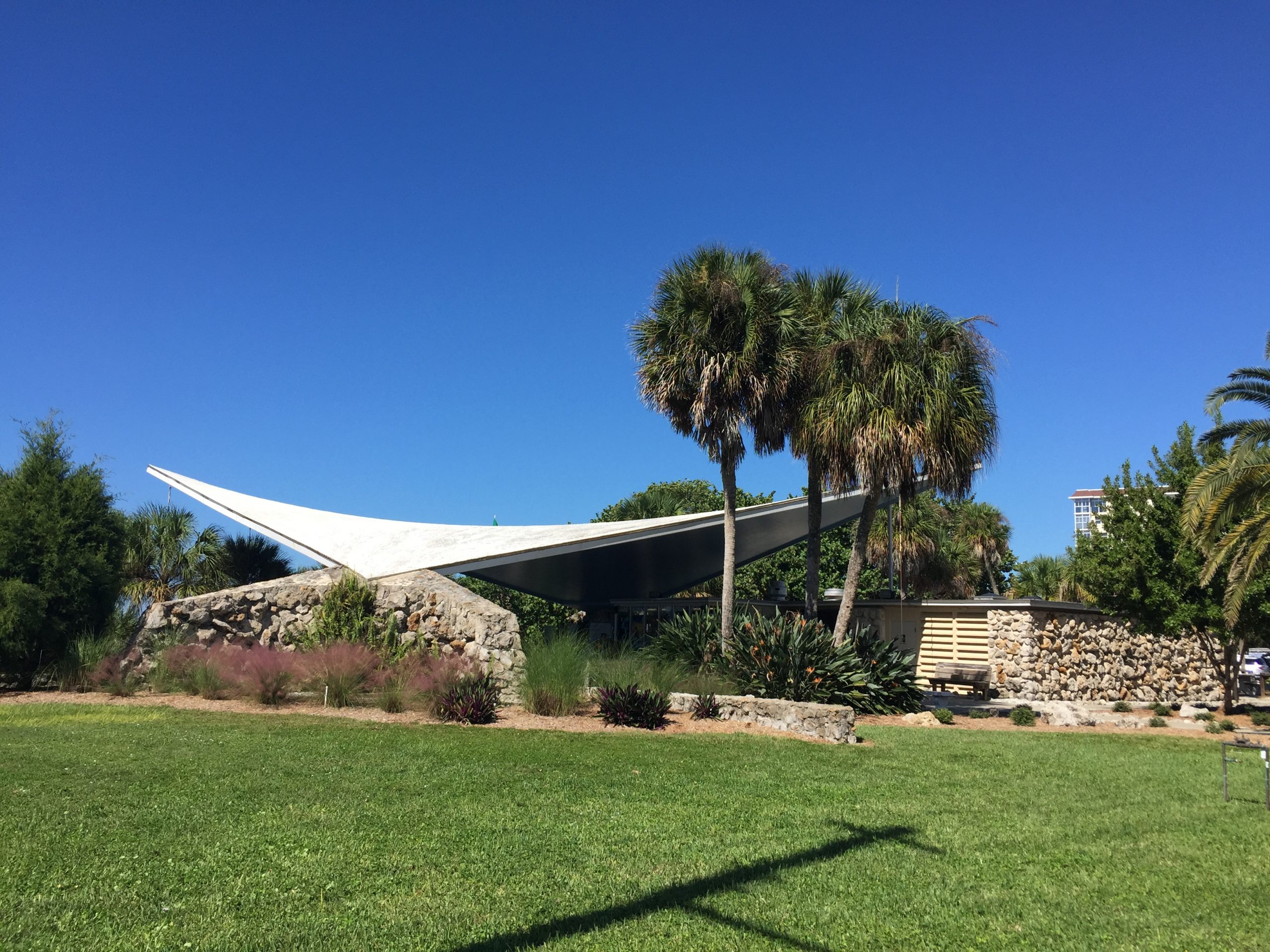 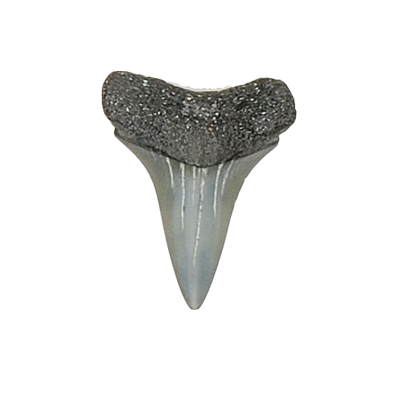 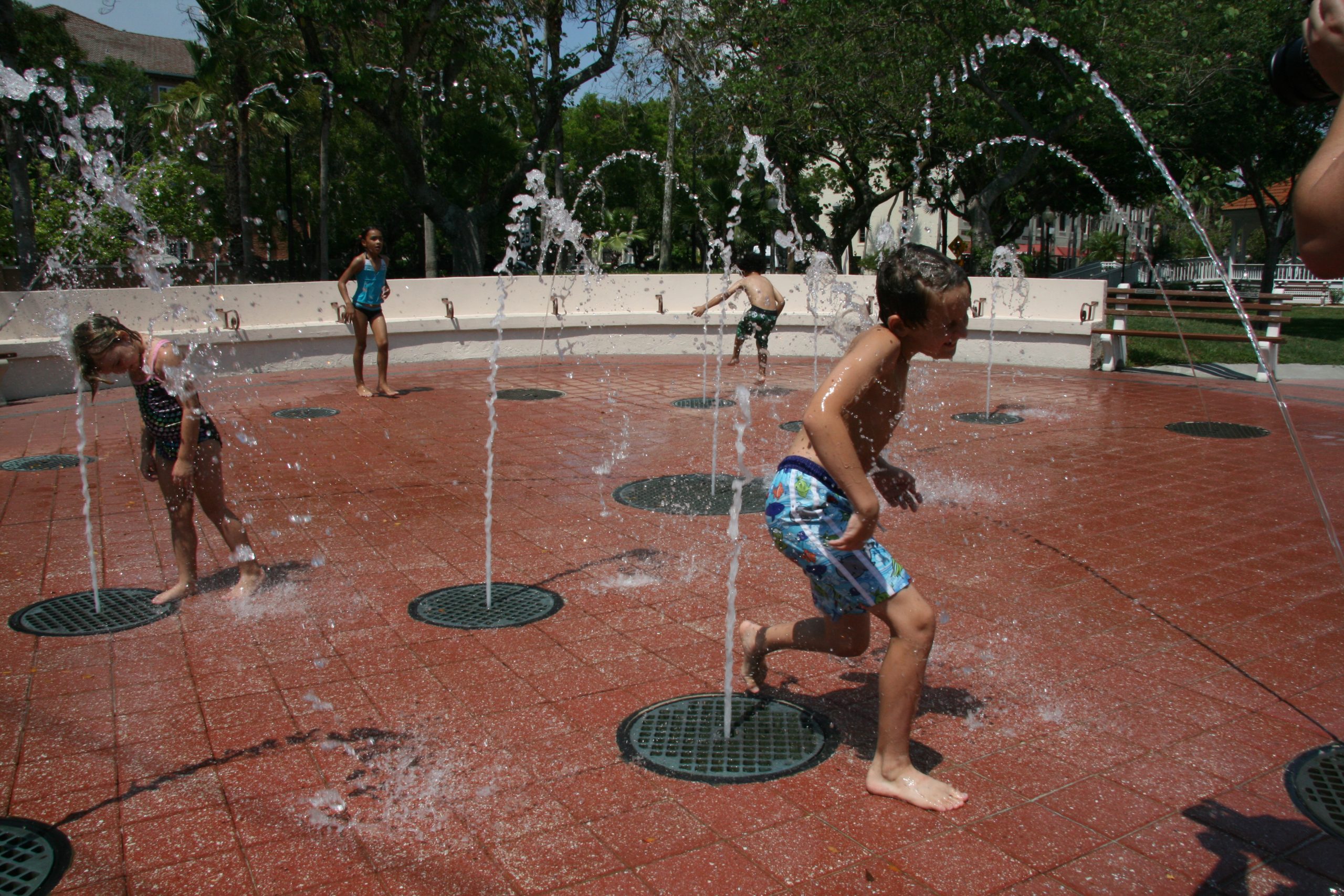 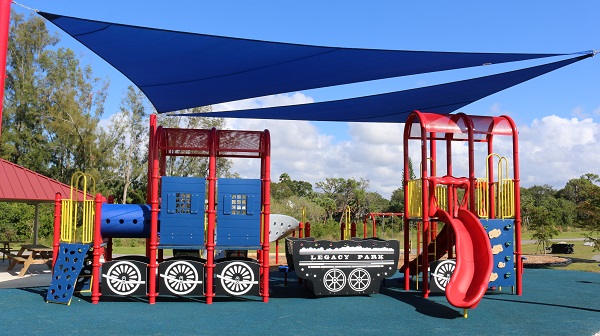 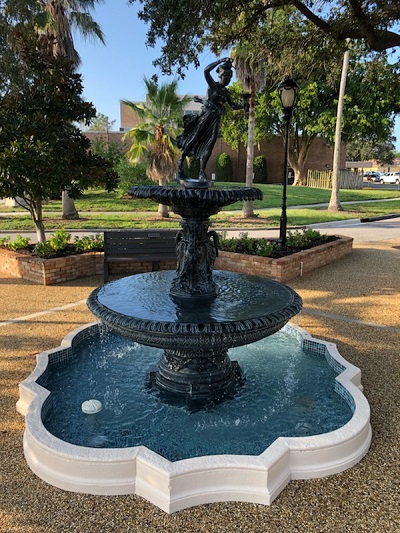 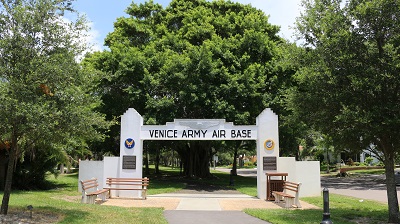 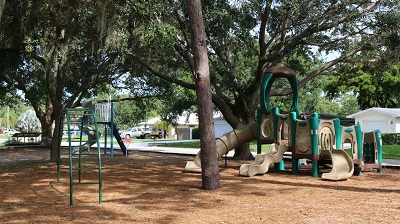 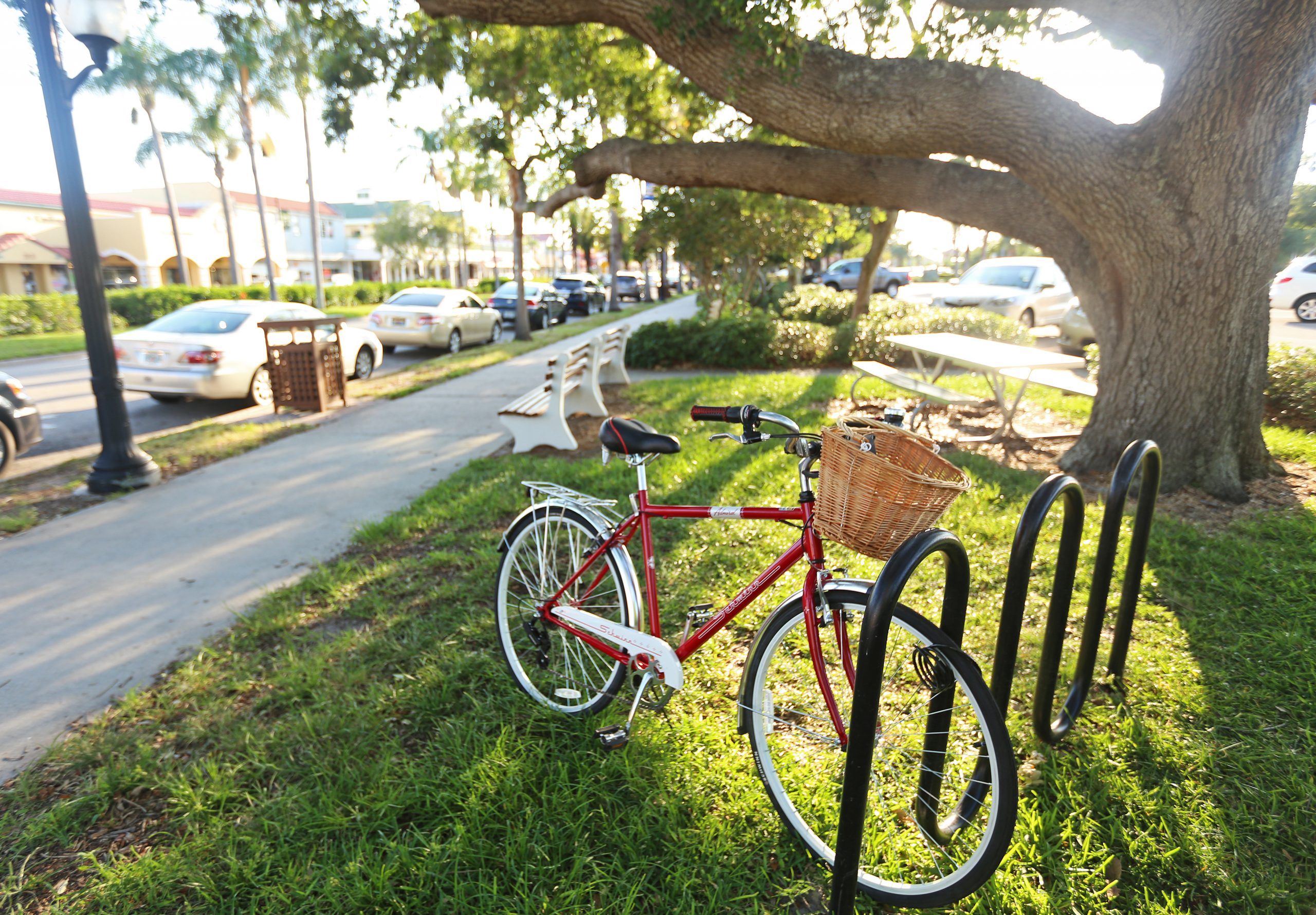