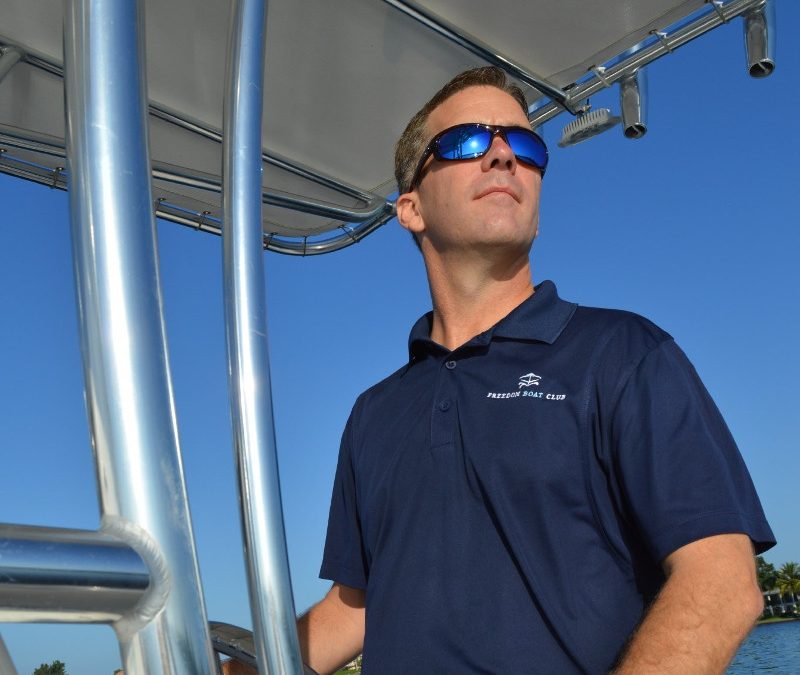 “Great family. Great friends. Great Community. Great Business,” says John Giglio, CEO of Freedom Boat Club, whose headquarters are right here on the Island of Venice. And he does not take it all for granted. “Every day I thank God for everything I have. I am so fortunate.”
So what’s a boat club and why join one?  We have all heard that the two happiest days in a boat owner’s life are the day he buys a boat, and the day he sells a boat. Introducing Freedom Boat Club (Freedom) – the number one private membership boat club in the USA.
“People understand the costs and logistics associated with boat ownership.  Freedom Boat Club takes all of that pain away,” explains Giglio. 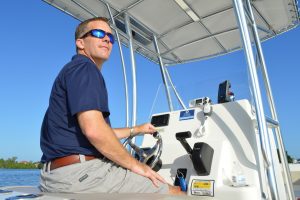 Here’s how it works. There is a one-time entry fee to join Freedom, plus monthly dues. Freedom members have unlimited access to the club fleet and can choose from flats boats and fishing boats, to deckboats, bowriders, pontoons, sailboats and in some markets, cruisers. Think about it. You get to choose from a variety of boats without having to own one. There are no maintenance, service or storage fees. And here’s the pièce de résistance. Freedom members who join on a year round basis reap the added benefit of reciprocal access, and this is one of the most valued features of a membership with Freedom Boat Club.
“Our competitive advantage is reciprocity,” Giglio explains. “The small competitors cannot replicate what we have perfected. A Freedom member in Florida will have the same experience when they reserve a boat in Boston or San Diego. It should not be any different.”
So what is the secret recipe for a successful Freedom franchise? Equal parts interested boater franchisees, sustainable population in the right location, and ample marina space – then just add water. Key West, for example, is an active boating destination, but not a good fit for a future Freedom location due to the lack of a large residential population base. And while there are other boat clubs opening in Florida and nationwide, these are mainly small Mom & Pop shops and boat dealers who have a tough time competing against the successful Freedom business model.
Since becoming sole president and CEO in 2012, Giglio has been full throttle forward. Freedom’s membership and franchise business skyrocketed during the recession and continues to grow. Today Freedom Boa Club boasts 16,000 boaters in 150 locations across 30 states, 3 in Canada, and growing. Since it was first launched 29 years ago, Freedom has set the standard with its unique blend of a super-high level of customer service combined with well-maintained and impeccably clean boats. And Giglio is not greedy; he is willing to share the formula, but can the competition execute the formula?
As with every business, there are waves, hurdles and challenges, and Freedom is no different. Giglio describes it this way. “If I can’t add another slip, I can’t add another boat. If I can’t add another boat, I can’t add another member. Lack of marina space is the only thing that is slowing us down.”  To tackle this problem, Freedom has begun to acquire small and medium-sized marinas, from 10 slips in Casey Key to 110 slips in Naples, their largest marina yet. The sweet spot for Freedom are marinas with a 40-50 slip capacity that can easily be converted into a Freedom franchise.
Giglio says, “People are still buying boat memberships and people are still buying franchises. Business has not slowed down and we are not done yet; there is a lot more to do. He adds, “The great thing about this business is that there are not a lot of people doing it, and the private boating club concept translates across virtually every country.”
Prior to 2013, Freedom franchises extended as far west as Texas and the Great Lakes. In line with their 5-year plan, Giglio saw land ahoy in California first, followed by 2 locations in Vancouver and another on Canada’s east coast. Over the past 12 to 18 months, the company has been laying the groundwork for true international expansion.
Bienvenue Beneteau and Jeanneau, the largest boat manufacturers dans tout le monde (in the whole world). These boat moguls supply the Freedom fleets with the majority of their inventory. Last year, Jeanneau approached Freedom to expand its proven franchise model into Europe to meet the increasing demand for boat club membership.
Giglio lights up when he describes how it all came to fruition. “Jeanneau chased us and brought us to France because they have the vision and see the potential. The French boaters do not have the USA mindset of having to own their own boat. They are so far ahead of us in their culture of sharing, and we are so happy to be a part of the next evolution of this sharing philosophy.” Hence the Freedom-Jeanneau partnership was launched. 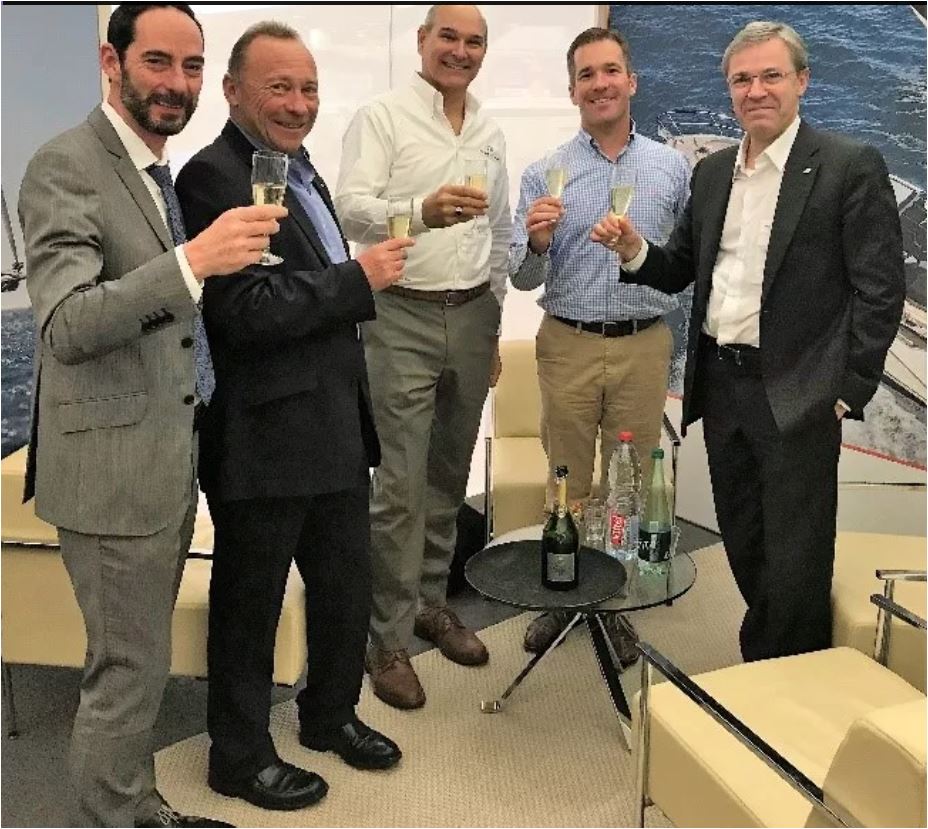 Le mariage with Jeanneau will provide Freedom with everything the company needs to expand internationally. The European Freedom franchises are able to source their fleets in Europe and this plays well into the hand of Jeanneau due to the Europeans’ acquired taste for a high quality of watercraft.
And if you ask overseas consumers what they like and want from the United States, the most often heard term is the “American lifestyle and fun”; in French terms, la joie de vivre. Thus, European Freedom members will be much more likely to plan their USA holidays around Freedom locations due to reciprocity factor. But even more so, France requires a rig-orous 30-day instructional course to receive a boating license, for a 6.5 meter or even a 40 meter boat; the process is the same. Thus, French Freedom members can seamlessly step on to a Freedom boat in any of the 50 states without any training prerequisite.
The rendez-vous with the Jeanneau management team earlier year was off the charts on the beaufort scale for Giglio and his group. By summer 2018, the first 5 French Freedom Boat Clubs are scheduled to open on the west coast of France, followed by other locations in France and across Europe.
Giglio is grateful to the Venice Community for its continued support and to Venice MainStreet for spreading the word about the people who live and work here. He says, “I don’t think a lot of people know the magnitude of our business. Our headquarters is right here in Venice, we have 250 employees, and we are now expanding internationally.” Giving back to the community is also very important to Giglio and his wife, Lisa, and they recently chaired the Black Tie Gala at the YMCA where Giglio serves on the board.
Are you ready to catch the Freedom wave from Florida to New England, from Texas to California?  Is it time for you to become a Freedom Boat Club member or a franchisee? Call Freedom Boat Club today at 888-781-7363 or visit the website at www.Freedomboatclub.com