A Home for History 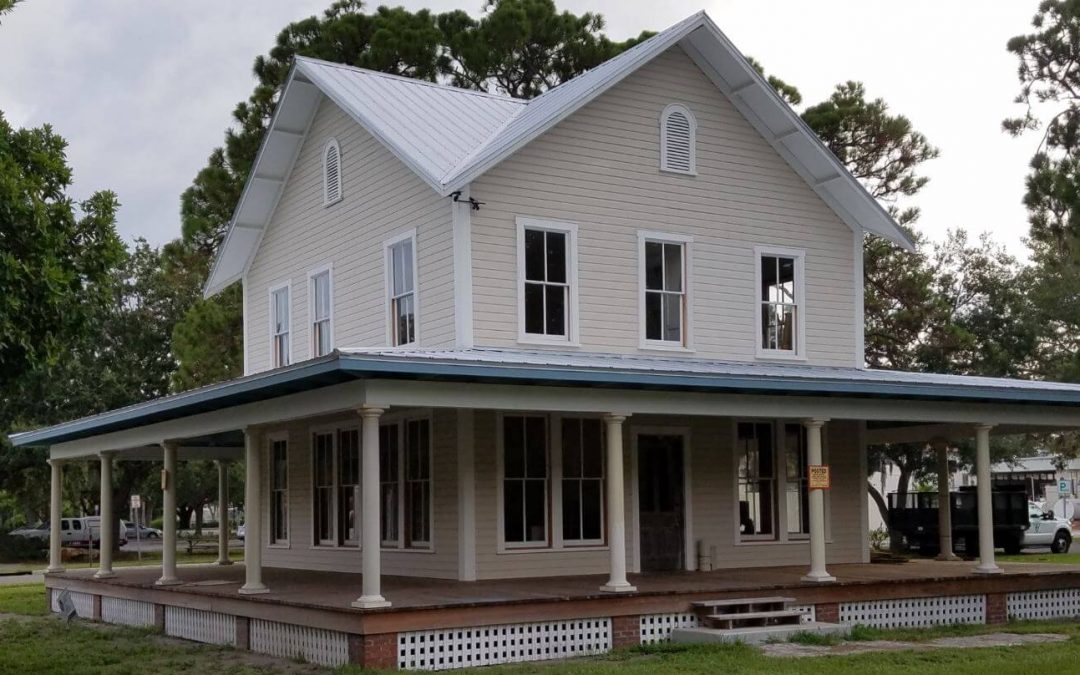 A little more than a decade ago, Venice was at risk of losing a valuable piece of its history. A two-story Queen Anne Victorian-style house, constructed in 1896, was in disrepair and on the verge of being demolished. A small band of volunteers stepped forward and began restoring the house. And the City of Venice agreed to acquire the house and have it moved to public property behind City Hall.

Over the years, those volunteers have raised about $400,000 and donated thousands of hours of labor to completely restoring the building’s exterior. Work is currently underway to complete restoration of the building’s interior as well as construct an outside ADA-approved restroom and access ramp. The goal is to complete restoration of the house in time for Venice’s 90th anniversary on May 9, 2017.

The two-story house is the second oldest residence in Sarasota County. What sets it apart in addition to its architectural significance, however, is the unique role it played in our city’s history. The house was constructed by Joseph Lord in the midst of his 90-acre orange grove, which was located on the south bank of Roberts Bay. Lord played a major role in the development of the area. He eventually owned more than 50,000 acres of what would become South Sarasota County. Perhaps his most significant contribution to the local economy, however, occurred when he took out a small advertisement in a Chicago newspaper, touting the opportunities for investment in the area. His ad caught the attention of a wealthy widow named Bertha Palmer, who sailed into Sarasota Bay in 1910 for a closer look. The rest, as they say, is history.

In 1910, George and Abigail Higel moved their family into the house. In addition to managing Lord’s orange grove, George also wrote a regular column for a Sarasota newspaper, which today provides us much of what we know about life in the Venice area during those formative years.
Once restored, the first floor of the Lord-Higel House will serve as an early settler museum and welcome center. Visitors will be able to relax on rocking chairs lining the wrap-around porch while school children can experience first-hand what it was like to live in the area at the turn of the 20th Century. As part of the City’s Venice Museum & Archives, the historic house will be operated by volunteer docents as the Triangle Inn is today.

Please join us in restoring this historic treasure. A special Lord-Higel House Restoration Fund has been established by the Gulf Coast Community Foundation and can be accessed at: http://www.gulfcoastcf.org/lhh.php. Or, you can mail your tax-free donation to Venice Heritage at P.O. Box 1190, Venice, Florida, 34284-1190. Together, we can make this vision for Venice’s future a reality.