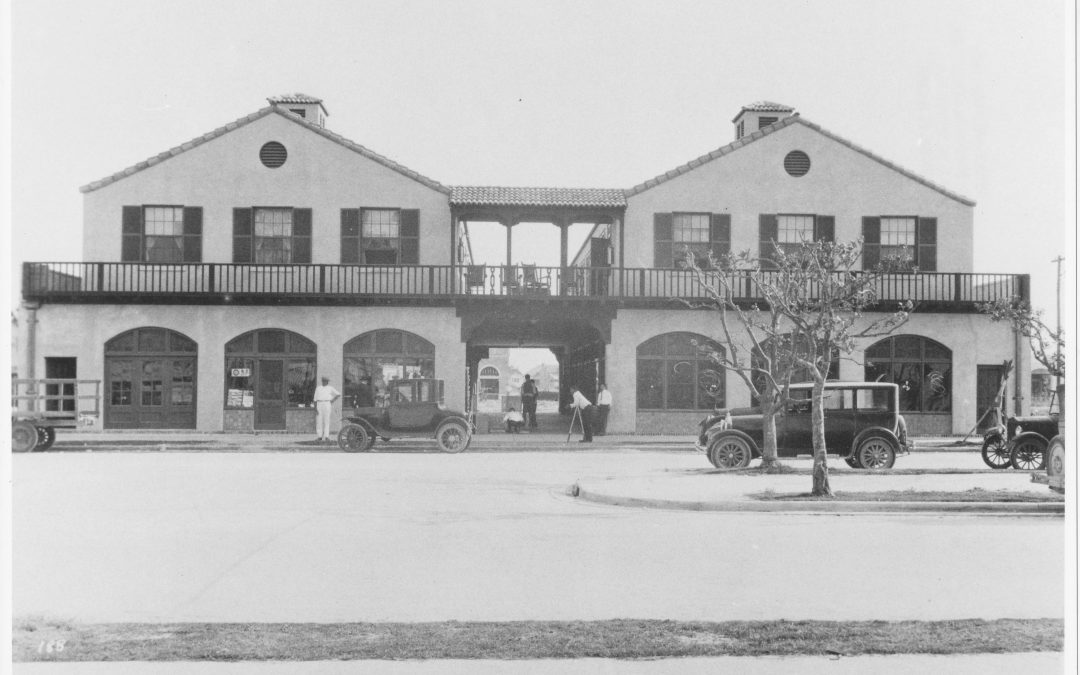 The Ennes Arcade was completed in January 1927 at an estimated cost of $125,000. This building was owned by Stanton Ennes, the general manager of the Brotherhood of Locomotive Engineers (BLE) Realty Corporation. It was constructed of stucco-covered hollow tile and brick by the George E. Fuller Construction Company. Rather than the usual red barrel tile roof, this building had green roof tiles.

It was designed as two-story wings facing each other connected on the first floor by a roofed, open-ended arcade. The second floor housed a hotel originally called the Hotel Valencia, with each room facing an open porch. Seven stores, beside the hotel lobby and post office, occupied the first floor, with some opening directly onto the arcade. By July 1927, a newsstand, and an office of Florida Power & Light Company also occupied the building. The ventilated box-like structures on the roof were part of the original solar heating system.