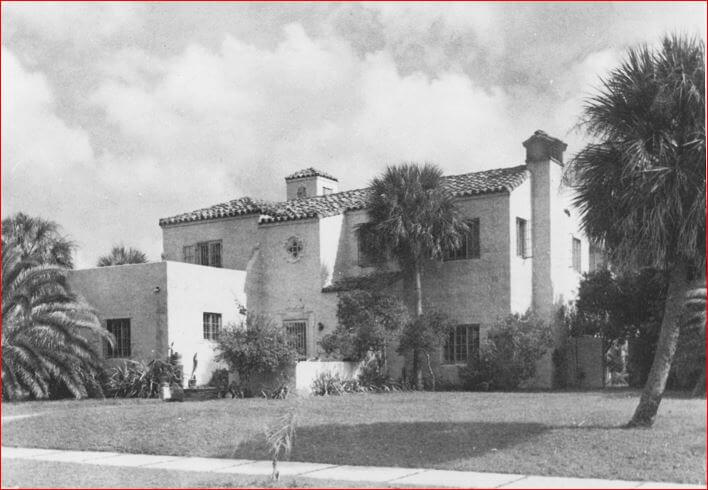 The Banyan House was built in 1927 as a six bedroom, five bath home in the Northern Italian architectural style for Robert and Dorothy Marvin. Mr. Marvin was an engineer who managed the home department of The Venice Company, a subsidiary of the Brotherhood of Locomotive (BLE). The house was built of hollow red clay tile with a stucco finish. 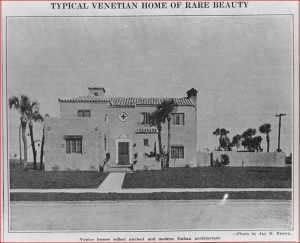 When the BLE left Venice in 1928, the house was vacant until 1935 when it was purchased by Virginia Greenway Wilson. Mrs. Wilson had two children to support and engaged in various businesses to support herself and her family during the Depression. She rented rooms in her home, first calling it the “Copper Kettle Inn,” but eventually naming it the “Banyan House” after a large Banyan tree in the side yard said to have been given to the previous owner by Thomas Edison. She also ran a nursery school called the “Venice Country Day School” from the house and transported children in a station wagon with a surrey-fringe attached to the top. Because the house had the first, and for a long time the only swimming pool in the city, many children learned to swim in it.

In December 1989, this structure was listed in National Register of Historic Places as a contributing structure in the Venezia Park Historic District.