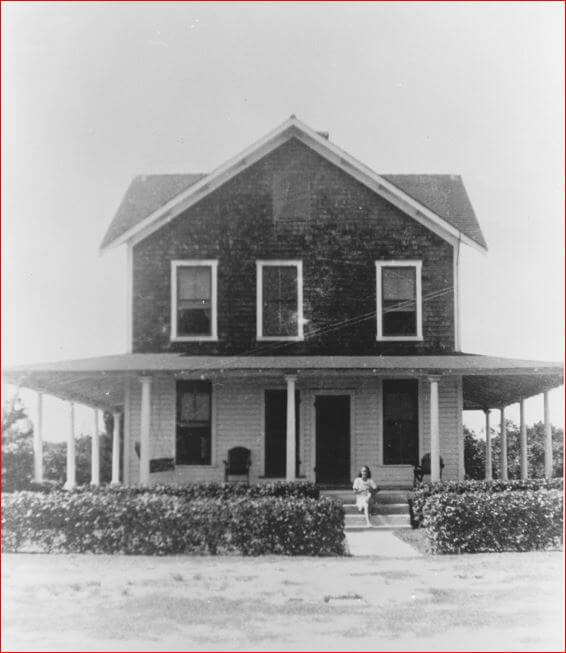 The Lord-Higel House is the oldest existing structure in South Sarasota County. It was built by Joseph H. Lord in 1896 and was originally located in a 90-acre citrus grove just south of Roberts Bay. Originally built for his own use, Lord turned the house over to his grove manager, George Higel, in the early 1900s. Higel, the son of Venice pioneer settler Frank Higel, married Abigail Williams in 1906 and the couple moved into the house where five of their six children were born. The family lived in the house until 1919 when the grove property was sold to a new owner from Ohio.

The house has been moved twice. In 1950, the grove was purchased by a developer who wanted to demolish the house and subdivide the property into residential lots (the subdivision now known as Bayshore Estates). To prevent its demolition, the house was moved from the “grove” to Laguna Drive by George Wesley Higel, son of Abigail and George Higel, to an area locally known as Higelville, so called because of the number of Frank Higel descendants living in the area. To facilitate the move, the distinctive wrap-around porch with cypress columns was removed. After the move, the house was converted into two living units, one on the first floor and the other on the second floor. By the 1990s, the structure was converted back to a single family residence.

In 2005, threatened with demolition a second time, the city’s Historic Preservation Board convinced the new owner to deed the structure to the City of Venice. The city paid to move the structure and secure it to a new foundation on a city-owned lot at the corner of Granada Avenue and Avenue des Parques South.

The house is in exceptionally good condition and has retained many of its original elements, including windows and doors, and interior walls of horse hair plaster over wood lath. The house is constructed of “fat lighter” pine making it almost impervious to termites.  When restored, the first floor and reconstructed wrap-around porch will be open to the public and will be a venue for interpreting the pioneer history of the Venice area from the 1880s to 1920.

The structure is listed in the City of Venice Local Register of Historic Places.