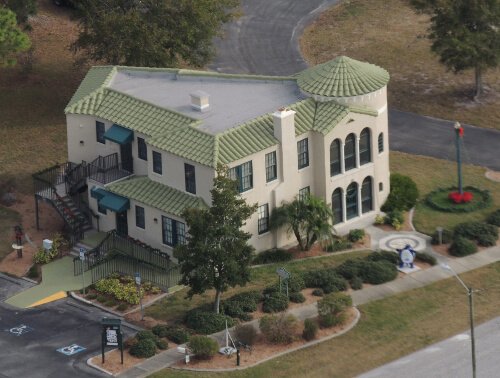 This building was constructed in 1927 as a rooming house or inn. It was specifically designed to house a business. It was not designed as a single family house. It was built by Mrs. Augusta Miner who moved to Venice from Chicago where she ran a tea room. There is no record of the architect who designed the building, just the contractor who built it. Like many others, Mrs. Miner sought new opportunities in the wildly speculative Florida real estate market of the 1920s. She borrowed money to build the Triangle Inn and paid off the loan, unlike many others who defaulted on loans and left the City.

According to family members, she also purchased acreage in Fort Ogden and raised citrus. She lived in the Triangle Inn and ran the business until 1934. In October of that year, the recently reestablished Venice Fire Department was called to the Triangle Inn to extinguish a fire caused by an oil stove. According to the fire report, Mrs. Minor was fatally burned before the eight volunteers and the assistant fire chief arrived.  There was no damage to the building.

The Triangle Inn was home to piano teachers, secretaries, prospective land buyers, tarpon fisherman, and visitors escaping the cold of the north. During World War II, it was home to civilian employees of the Venice Army Air Base and married military personnel. After the war, it was a private home and during the 1950s it was converted to six apartments. It was a five-unit apartment building when it was acquired by the City of Venice in 1991. The City built a new foundation, moved the building, restored the exterior to its 1920s appearance, and renovated the interior to house the City of Venice Museum & Archives. 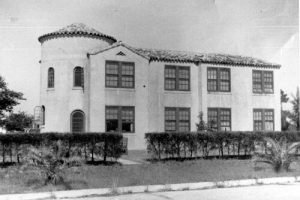