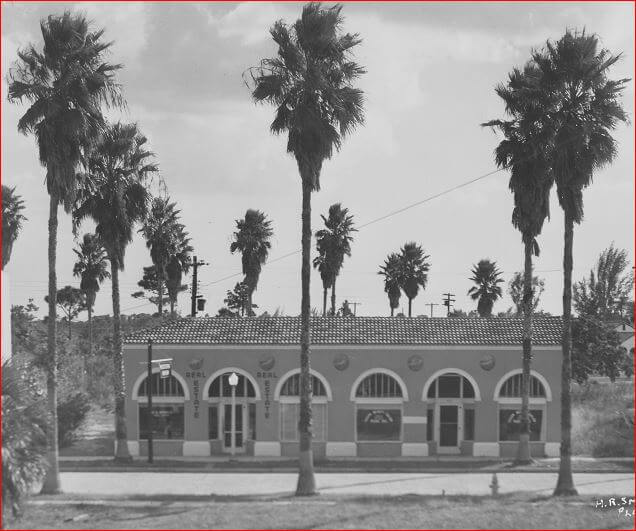 This building was constructed in 1926 and named for its first tenant H. N. “Bud” Wimmers. He was a Cleveland-born veteran of World War I who was the assistant cashier for Brotherhood of Locomotive Engineers (BLE) Cooperative National Bank in Cleveland, Ohio.

Wimmers arrived in Venice in February 1926 and, for a while, was paymaster for the BLE hired work crews building the city. In December 1926, he was appointed to the town council after Venice was chartered by the Florida Legislature as a “town.” The first councilmen and mayor were all BLE men. In the spring of 1927, the BLE petitioned the Legislature to change the municipal designation from “town” to “city.” In December 1927 the city held its first election and Wimmers was defeated in his bid for election. When the BLE Realty Corporation failed in 1928, he was appointed receiver. Following the collapse of the BLE Venice development, Wimmers remained in Venice and opened a real estate office in this building, said to be the first in Venice.