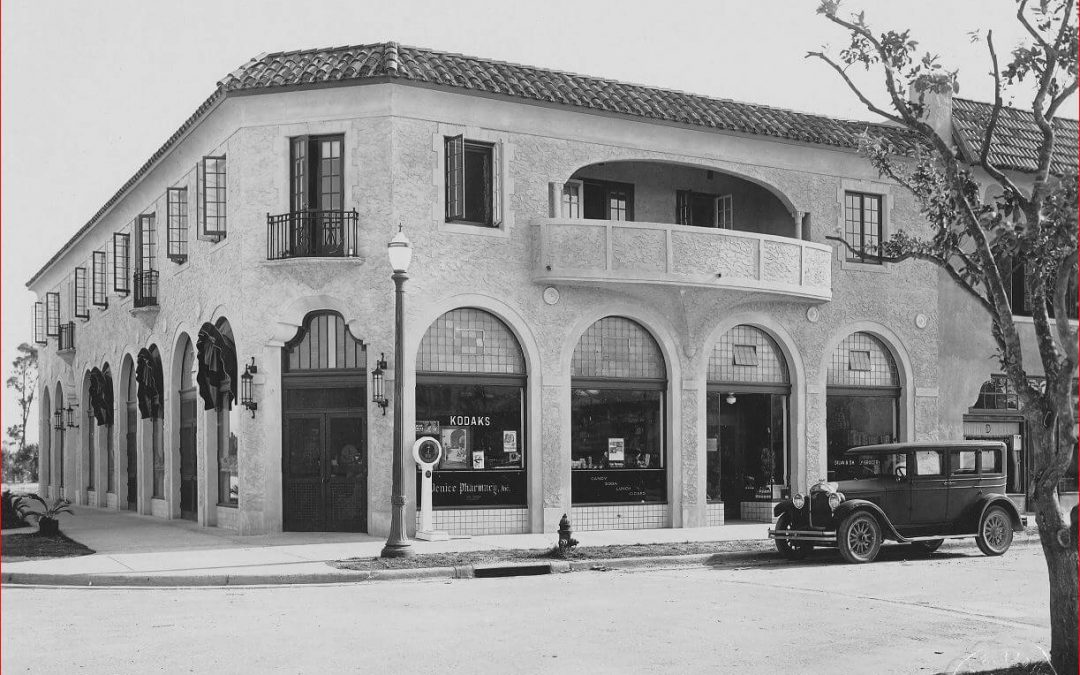 Completed in October 1926 for an estimated cost of $45,000, this building was to have five shops on the first floor and apartments on the second. The housing market was so limited in the new city that five apartments were rented before the building was completed.

The Venice Pharmacy, declared to be “one of the finest in the south,” was the building’s major first floor tenant. The company signed a long term contract with the Rexall Drug Company in August 1927.  Store fixtures were made of solid mahogany with a black walnut finish; the soda fountain counter was made of pink onyx; and the chairs for the round eating tables had triangular-shaped seats so they would fit under the table.

For many years the local phone company operated a switchboard from a rear storefront. At one time a red light was installed on the roof of the building. In the days before radio dispatched patrol cars, citizens would phone the operator to relay a message to the police. The operator turned the red light on, that was visible for many blocks in the sparsely built-up and populated city, and the patrol car would arrive to retrieve the message from the operator.