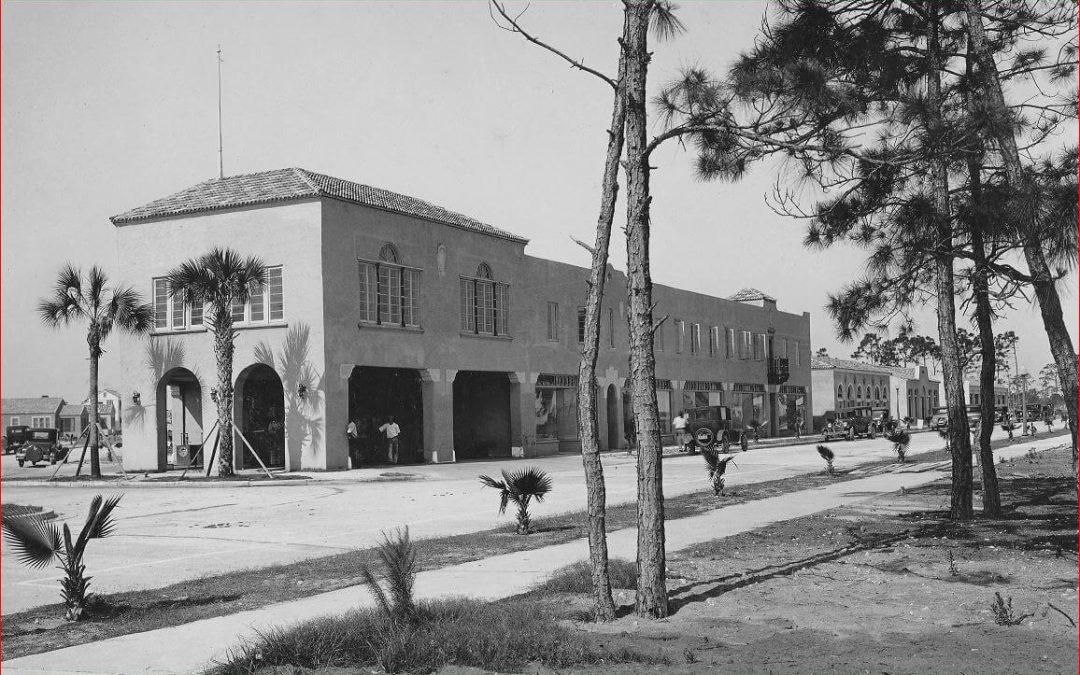 Thomas Green of St. Petersburg constructed this building in 1926 for $85,000. Designed by the architectural firm of French and Gill, this stucco-covered clay tile and brick building had ten apartments, five stores, four offices, and a automotive repair station at the eastern end of the first floor.

The building was modeled after the famous “Flat Iron” building in New York City and its architectural style was described as Spanish. Because of its unique shape, it was also known as the Triangle Building. Before the building was even completed, space was also leased to a hardware store, and a sporting goods store. Tom Green’s Electrical Shop and the Tom Green Spray Paint Shop also occupied this building.

The October 6, 1927 edition of the Venice News was the first newspaper printed entirely within the city by the Venice Printing Company located in this building. This newspaper had color covers usually with a photograph of a completed Venice building. The June 3, 1927 issue had a full-color artwork cover that was filled with articles promoting the city and its development by the Brotherhood of Locomotive Engineers (BLE). The paper never mentioned the slowing Florida real estate market and heavily promoted the planned BLE activities to attract prospective buyers. The BLE was convinced that it was immune from the general economic down-turn affecting other Florida developments.

By the 1930s the building was converted to retail uses and the second floor apartments were known as the Hollywood Apartments. Today the building is known as Burgundy Square and is one of the best preserved examples of the city’s commercial buildings constructed during the 1920s.