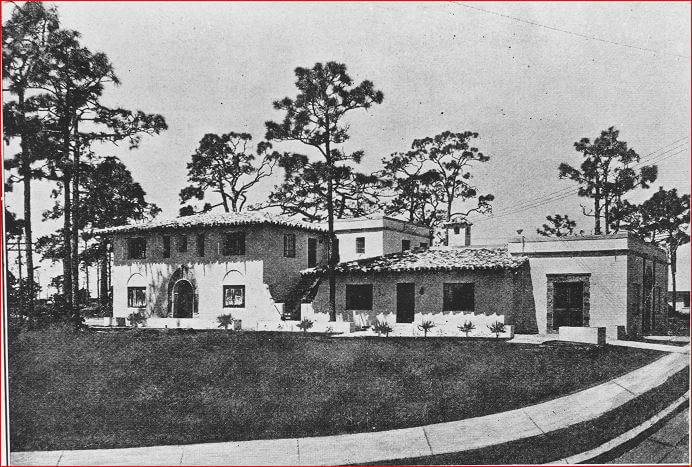 By the fall of 1927, Ira A. Hines had constructed this office and apartment building for an estimated cost of $22,000. Mr. Hines, described as “noted architect,” designed and built this structure for use as a “tea room and combination gift shop, antique room, drug store, beauty parlor, ladies shop, and tonsorial parlors.”

Prentiss French, the landscape architect hired by the Brotherhood of Locomotive Engineers (BLE) to supervise plantings within the city, designed the landscape plan for this structure. The fountain, while a recent addition, was described in French’s original landscape plan along with the sidewalks radiating from it. None of the plants described in the plan have survived.

According to the local paper, the Venice News, this building originally housed a tea room known as the “Garden Tea Room” because of its lush tropical plantings. This building has been used as a restaurant and has operated under various names, such as the Copper Kettle, Italian Villa, and Luna’s Restaurant.

On November 8, 2010, this structure was listed in National Register of Historic Places as a contributing structure in the John Nolen Plan of Venice, Florida Historic District.